As I previously reported in 2019, Amtrak's FAIR interlocking in Trenton, NJ was having its pneumatic point machines replaced by electric M3's.  I can confirm that this process has been completed and the air compressor infrastructure generally cut and disabled. 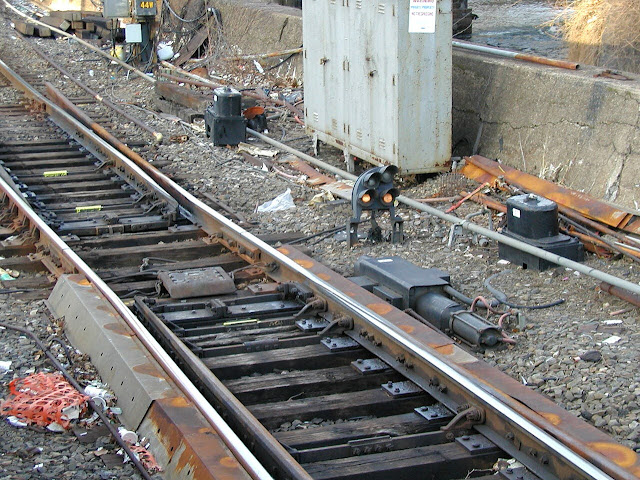 FAIR was one of the larger pneumatic plants remaining on the NEC, however a few others still remain such as HOLMES, PENN, RIVER, POINT, BAY, CHARLES, FULTON and LANDOVER. Of those PENN and BAY have been partly replaced and LANDOVER is slated for complete replacement by a new set of high speed crossovers. The New York Penn Station complex is also still pneumatic and is actually seeing refurbished A-5 point machines installed with the general rebuilt of the trackwork there.